Chuckwulla Holster by We Plead the 2nd

Posted on April 20, 2017 by SinistralRifleman

As an early adopter of slide mounted optics in 2010, one of the first challenges I encountered was  getting a holster to work with an optic on the pistol.  First I was able to modify a Safariland SLS to work, then later modify a Safariland ALS designed for a red dot to work with my particular slide.  Over the years I also had a few different kydex holsters made to fit my RMR equipped pistols. 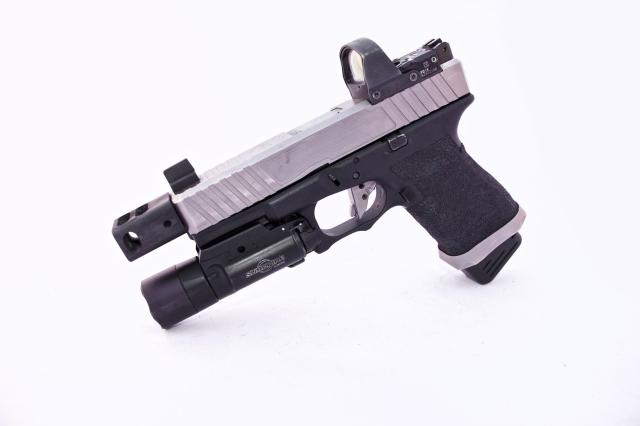 In the fall of 2016 I switched away from using the Trijicon RMR to the Leupold Delta Point Pro (DPP) on my KE Arms KE19 Charlie Slide cut for it.  The DPP solves several issues the RMR has, most notably the ability to change the battery whenever you want to, more positive windage and elevation adjustments, and improved durability.  I also added a comp to my barrel to get the most out of shooting in Trooper, Open, or Stealth divisions where the feature is allowed. Between the DPP and the comp, all my existing holsters were made immediately obsolete. 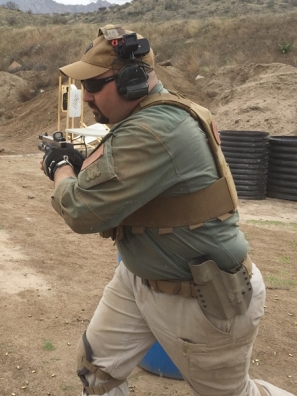 Chuckwulla Holster in use at 2GACM in Tucson.

Any holster I use in action competitions needs to securely retain the pistol through movement, and protect both the pistol and the optic from damage with my full weight on top of it in unconventional shooting positions.  Fortunately, We Plead the 2nd is only a mile away from my job at KE Arms and they were agreeable to making a holster to meet my needs.  The resulting design was larger than the typical Outside the Waistband Pancake, but accomplished all the things I needed it to do.   Becuase of its size I named it the Chuckwulla after the wide flat bodied lizards that inhabit the southwest.

While I used the Chuckwulla at some club events starting in the fall of 2016, Hard as Hell 3 Gun in December of 2016 was its first real test.  The Chuckwulla protected and retained my KE19 Stealth Special through all the stages. 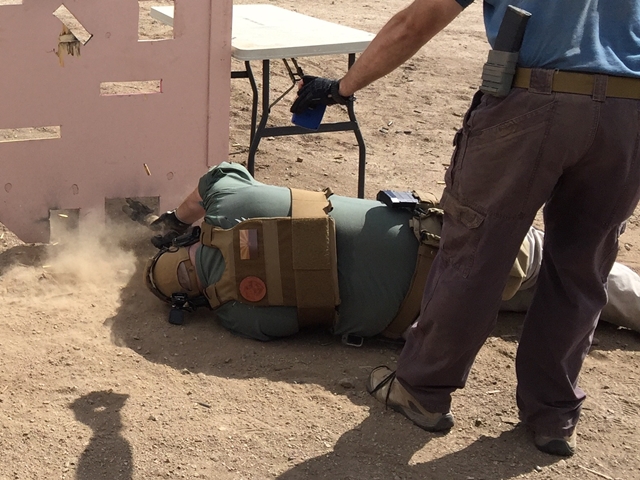 Roll Over Prone at 2GACM.  My weight is fully on the holster.  No damage to pistol or optic occured. 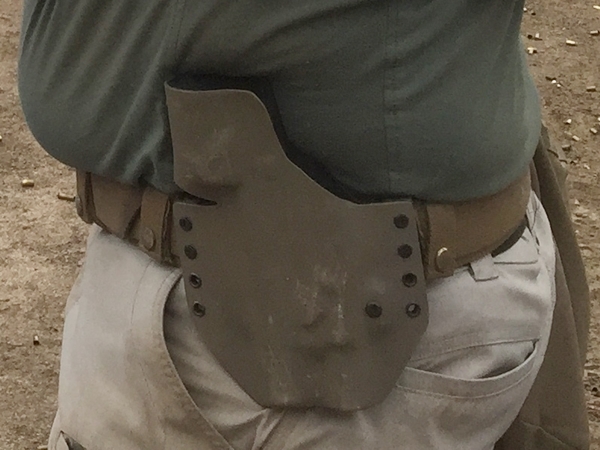 Close Up on the Chuckwulla after roll over prone.  Scratched but still going strong. 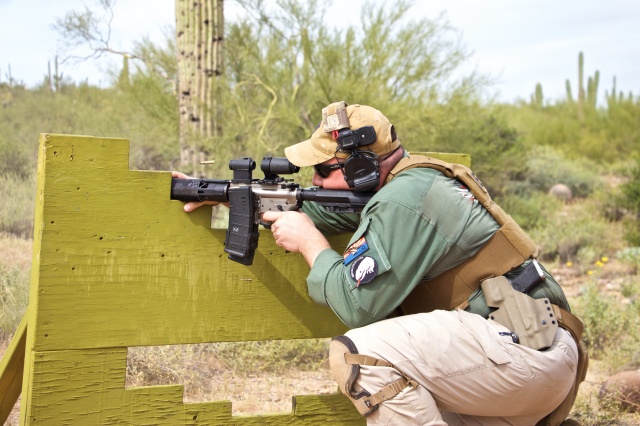 Chuckwulla in use at TPC Multi Gun Mastery Course

In addition to HaH 2016 I’ve used the Chuckwulla at a over dozen club events so far, SMM3G 2017, and at Tactical Performance Center’s Multigun Mastery Course.  It functions perfectly in its role, and shows every sign of having a robust service life for me…until the next new slide mounted optic comes along.  Then it will be time for the Chuckwulla II.  MSRP on the Chuckwulla without light is $85.00, with light $95.00.  Contact We Plead the 2nd for ordering information.

I've been competing in the action shooting sports since 2002. I believe competition shooting to be an excellent way to build gun handling and marksmanship skills and encourage all gun owners to seek out some form of competition shooting. Anyone can become reasonably good at it if they devote the time and resources to do so. Winning, while nice, need not be your goal; bettering yourself through the pursuit of excellence is something we all can achieve.
View all posts by SinistralRifleman →
This entry was posted in Gear, Red Dot Glock. Bookmark the permalink.
Loading Comments...