Posted on April 6, 2012 by SinistralRifleman

The flagship product of Cavalry Arms Corporation was the CAV-15 polymer lower receiver, and later starting in 2003 the CAV-15 MKII lower receiver.  You can read all about the design history of the CAV-15 here.  I worked for Cavalry Arms Corporation from 2001 to June of 2010 when it closed down.  During that time I was able to participate in all aspects of production, testing, assembly, and testing.  I also used the CAV-15 extensively in competitions during that time.  Some of my personal receivers had 15,000 rounds on them, and some withstood abuse that would have damaged or destroyed aluminum receivers.  The CAV-15 MKIIs worked so well because of the one piece design that gave it strength, and the nylon material that allowed it to flex and return to its original shape.

posted 02 July, 2009
We attended the TIGER Valley 4 Man Team Competition in Waco, Texas this past weekend.  You can read all about the match here:   http://www.actshooters.com/ubb/ultimatebb.php?ubb=get_topic;f=19;t=000223

Late in the day on Saturday while waiting to shoot, my partner’s rifle and mine were both run over by another competitor’s truck.  This was an unfortunate accident, he didn’t see our gear pile on the side of the range (don’t worry, insurance is covering the damage).  My rifle and my partner’s were in a soft double rifle case, his was on the side facing up.  My partner’s scope (Russian POSP) was broken in half, offeset Burris red dot broken off and damaged, rail handguard damaged, charging handle broken, and buffer tube bent.  The rifle was seriously out of action, the bolt could not travel to the rear.

Damage pics of his: 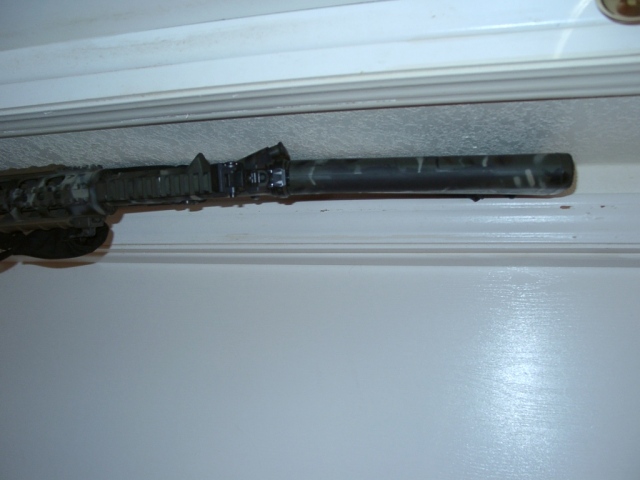 My rifle on the bottom was damaged with some large gouges in the stock where the scope on the other hit into it.  There was no other obvious damage.  The zero shifted (upon disassembly, the upper receiver was found to be cracked at the barrel extension), and the rifle was not as accurate for the rest of the match, but it functioned flawlessly.  Every round chambered fired, the bolt cycled fine, and locked back on empty mags.  Plastic has the ability to flex where metal will just bend. 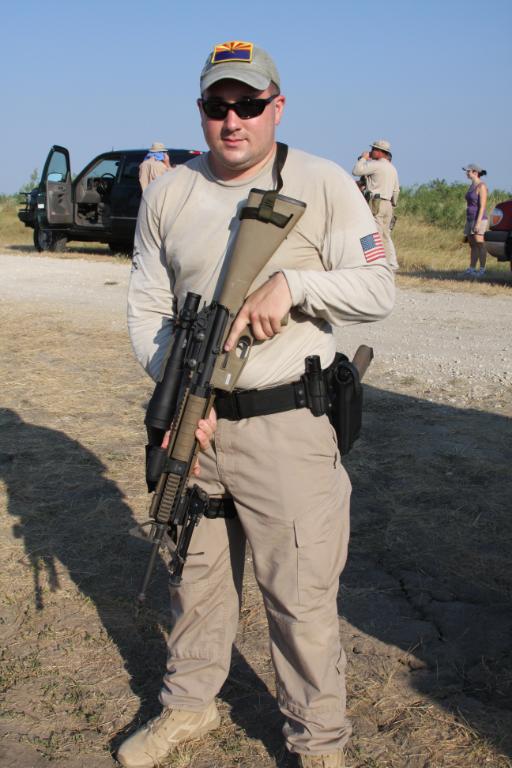 Trijicon proactively replaced several components in my ACOG, even though no damage was apparent.  Aimpoint said there was no damage to my Aimpoint T1 Micro at all.

Pics of the rifle afterwards

A month later I used this same rifle at the American Heroes Team Challenge in Las Vegas, NV and it performed reliably and I was able to hit targets out to 250 yards without issue.

I suspect that the CAV-15 performed better than a traditional AR15 would have with this abuse.  The buffer tube area is much more open with the buffer and spring riding on ribs rather than a solid tube.  I believe this allowed more debris to blow past into these areas rather than causing binding. 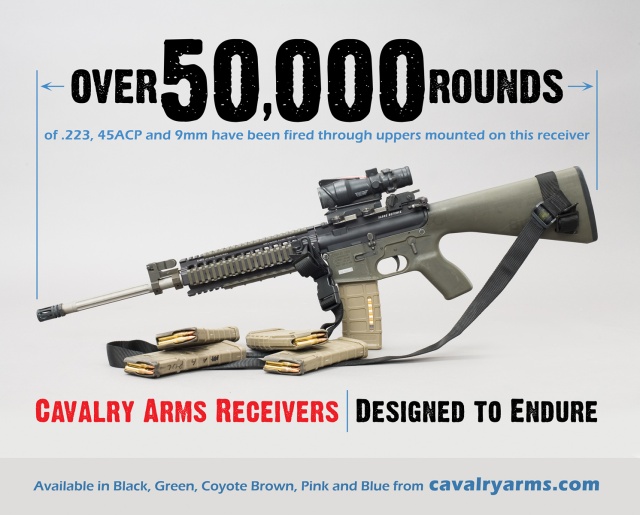 Cavalry Arms Corp ownership and staff was all shooters.  We put a lot of rounds down range in competition, testing, and just shooting for fun.  The particular lower in this photo had gone through several uppers that were shot to the point they were no longer accurate.

I've been competing in the action shooting sports since 2002. I believe competition shooting to be an excellent way to build gun handling and marksmanship skills and encourage all gun owners to seek out some form of competition shooting. Anyone can become reasonably good at it if they devote the time and resources to do so. Winning, while nice, need not be your goal; bettering yourself through the pursuit of excellence is something we all can achieve.
View all posts by SinistralRifleman →
This entry was posted in Gear. Bookmark the permalink.
Loading Comments...