Competition Shooting for the Martial Gunman

Posted on August 1, 2014 by SinistralRifleman

All the Action Shooting Sports we see today have martial roots, just as archery, fencing, wrestling, and track and field do as well.  How martially applicable various matches are depends solely on stage design which determines the skills tested and what type of equipment is more advantageous than others. When designed to test martial skills stages can make using traditional USPSA or 3 Gun Equipment less effective or a liability. 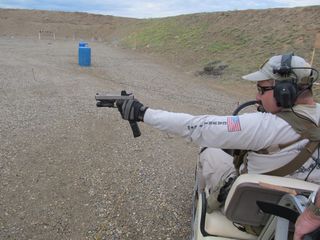 The simple fact is in many areas matches are the only venue where shooters can draw from a holster, move and shoot, or engage in positional shooting.  Many public ranges prohibit these actions at anything other than matches, so the martial shooter may have to shoot matches to have a venue to practice in at all.  With that in mind,  what you get out of competition largely depends on the mindset you have going into it. Use it to focus on gun handling and marksmanship skills, proofing out equipment, and socializing with like-minded people.  If your sole intent is to win, that path will take you down the rabbit hole that would cause you to start disregarding martially suitable equipment and gun handling techniques. Matches cannot and will never be able to test tactics objectively. Accept this and move on.  Do not view stages as literal tactical scenarios.   Instead look at them as a shooting drill with some problem solving. There are often shooting drills used in various courses that are not literal tactical scenarios, they are simply meant to build gun handling and marksmanship skills.  View stages the same way, it’s just a drill where you’re trying to shoot as fast and accurately as possible.  The fact there are barricades that form a hallway and the targets are humanoid does not turn it into the hallway in your home practicing for a home invasion.  What it does let you do is practice moving in confined spaces safely with a gun and acquiring targets rapidly. 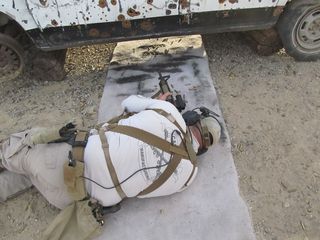 Martial gun handling techniques such as using your support hand to run your slide every time or reloading with retention generally will not have a significant effect on your score.  If you shoot fast and accurately and move efficiently you will still place well.  If your mindset is to win at all costs, then these things may bother you.  I like winning, and I feel proud when I win or place high, but ultimately my goal for going to a lot of these things is for the shooting experience and to validate equipment and techniques.  For example I’ve won Trooper division twice at Ironman 3 Gun (2008, 2009), but I will tell you both those years were not my best performance.   Over all the best performance I had was in 2011 and I placed fifth  How can I say it was my best performance with that placement?  I trained really hard, all my equipment worked exactly as I wanted it to, and I shot the cleanest and fastest I ever have.  There were 4 people who were simply better than me that showed up that year.  Having annual events to go to helps keep yourself motivated and gives you things to work on in the interim. 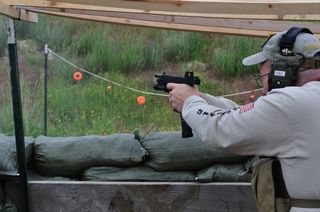 We have seen quite frequently products developed through the rapid feedback cycle of competitive shooting being useful for martial purposes. Sometimes they require modifications to be suitable, other times they do not. At matches I have attended all over the country I have spoken with and shot with a large number of military and law enforcement that are there using it for training augmentation and R&D purposes. In 2005 for example when I attended the US Army Marksmanship Unit’s Fort Benning 3 Gun Challenge; the commander at the time told us all “we are here to find better ways to kill the enemies of the United States”. He made a point of going around to each squad and talking to us about what we were using and why we used it. At the Ironman 3 Gun match I have regularly competed with servicemen from various special units that were trying out new equipment and asking us about the equipment we were using. You can use these venues for the same purposes. If your equipment does not work under the mild stress of competition, it is unlikely it will work when your life is on the line. If it works consistently match after match, it is more likely you can trust your life to it.

Recommendations to get the most out of matches as a martial gunman:
1) Safety Rules and Range Rules/Procedures: Comply with the rules so you can finish the whole match
2) Scoring/Penalties. Again treat it like a drill. Understand the requirements and operate within those requirements.
3) Target Systems: There are a lot of target systems that are for lack of a better term essentially carnival games or tricks, but they do move and require timing to hit properly. Understand how these systems work to engage them effectively.
4) Understand that people that go to matches are all there for different reasons. Get a group of buddies with the same mindset and goals and go compete against each other. If you beat a large percentage of the sport-only mindset shooters you can consider that you are doing well.
5) Use your daily carry gear or whatever martial gear you have in the appropriate division. Equipment is always of much less consequence than shooting ability. For example Race Holsters matter less than simply running faster at times, and they can be a liability when the gun falls out resulting in a DQ. Similarly split times with a tuned low mass gun matter less than simply being able to get into and out of positions faster and being familiar with your equipment. None of these equipment advantages really matters until you get to the top 5% of shooters.
6) The only way to get better at matches is to shoot matches. Local matches are organized practice sessions for larger events, don’t stress it and view it as simply renting the range time for you to run. You will never be ready for your first match, just go do it. 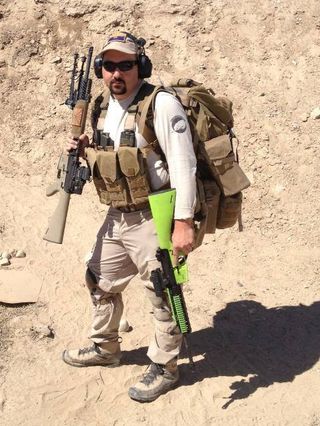 I've been competing in the action shooting sports since 2002. I believe competition shooting to be an excellent way to build gun handling and marksmanship skills and encourage all gun owners to seek out some form of competition shooting. Anyone can become reasonably good at it if they devote the time and resources to do so. Winning, while nice, need not be your goal; bettering yourself through the pursuit of excellence is something we all can achieve.
View all posts by SinistralRifleman →
This entry was posted in Competitions, Training. Bookmark the permalink.
%d bloggers like this: